Nomoplatform: Transparency and policy making available to the public 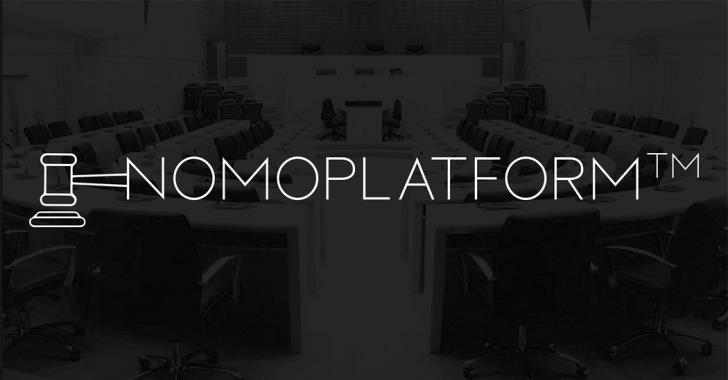 The electronic legislative observatory Nomoplatform δωσε was made available to the public by the non-profit organization Oxygono. A particularly interesting initiative implemented with the support of Zenox Public Affairs, in an effort to increase transparency, making the policy-making process more accessible to the citizen. Through the electronic legislative observatory, citizens are now able to follow the procedures from the submission of bills and bill proposals, the pending bills at no cost.

In an interview with philenews, the vice president of the non-governmental organization Oxygono Dr. Nikolas Kyriakidis, explains how Nomoplatform ™ aspires to further activate citizens, whether they come from academia, business or civil society in order to participate in policy making. It is important, he pointed out, the rigid legislative process that takes place in the House of Representatives, to receive more information and transparency regarding the development of procedures. In addition, he hopes that this will be combined with the regulation of legislation that will ensure transparent lobbying, in order to bring citizens even closer to the centers of policy production, in the right way, to benefit civil society, as well as the business and academia even more so in the policy-making process. If this is achieved, he noted, there will be multiple benefits for the country.

Oxygono, a non-profit organization, is coordinating an effort to increase transparency, making the policy-making process more accessible to the general public. Through the Nomoplatform ™ platform which is provided with the support of the startup Zenox Public Affairs. Through this effort, we present to the citizens, in detail, the data on the pending bills and bill proposals in the House of Representatives. We offer this platform at no cost.

How did the idea for the Nomoplatform ηλεκτρον legislative observatory come about?

As an organization, we strive to contribute to activating more citizens, whether they come from the business world, academia or are generally active citizens, to participate in policy making. As the legislative process takes place in the House of Representatives, it is important to have more information and transparency on the progress of procedures in Parliament. We have seen that in other countries there are legislative observatories. At European Parliament level, there is Oeil (meaning “eye” in French). In Greece there is Vouliwatch.

In recent years, on the initiative of Eliza Loukaidou and Monika Ioannidou Polemitou and with the help of the Cyprus Youth Council, namely Andris Voutouris and Christiana Xenofontos, the Cypriot branch of Vouliwatch was created, which was closed about two years ago due to lack of funding. We thought that this action was worth bringing back and we decided in the first stage to start with a simple platform with the pending legislation and in the process to develop it even more.

What collaborations have you developed with the institutions for the creation of Nomoplatform ™?

The creation of the platform also came as an idea from the Transparency, Institutions and Justice Committee of the Parallel Parliament with which we cooperate. We also approached Vouliwatch in Greece and talked to them about our effort and they agreed to be supporters. The Commissioner for Legislation, Ms. Louisa Zannetou, also saw the initiative very positively.

As an organization, we are completely independent and strive to preserve our independence as the apple of our eye. We consider it as an important reason that the trust for our organism is gradually increasing. The same goes for Nomoplatform. At the same time, however, we seek to have excellent relations with all parties, all media, all universities and other organizations, institutions and bodies, governmental and non-governmental, that are or should be involved in the policy-making process. We have already presented Nomoplatform at a university and we have been invited by others to do so in the near future. The immediate plans include its presentation to the press, in the context of a press conference.

What do you as an organization aspire to add to Nomoplatform ™ transparency and policy making that is accessible to the general public?

As argued in their book Why Nations Fail by Harvard professor James Robinson and MIT professor Daron Acemoglu, democracies in which political institutions are open and have a long history of participation are more likely to kept for more years.

We believe that bringing active citizens closer to the way of policy-making and contributing constructively will have multiple benefits for our country. We hope that this will be combined with the regulation of the legislation which will regulate and ensure the transparent lobbying, in order to bring the citizens even closer to the centers of policy production, in the right way, in order to utilize the civil society and the business and academic community even more so in the policy-making process

Will new features be added to the platform from the existing ones?

We also want to add constant information from the Parliamentary Committees for every bill and bill. At the same time, we want to have the biographies and other details of each MP, their cravings, their positions, etc., so that every citizen can get to know them better. Finally, we want to add information notes on the important legislation that is being tabled, while we could provide the opportunity for informative discussions and consultations.

The legislative process until now required extensive time, elaboration, amendment, etc. until a bill or a bill was brought before the plenary. Do you think it will add to the acceleration of procedures since citizens will have access?

What we observe in general in politics in Cyprus, is that when there is publicity, or otherwise monitoring – I say it in the good sense and I do not necessarily mean control – the level rises.

We want to mobilize the deputies, if there will be an evaluation of their work, to raise the level even more and to improve the quality of the legislation they vote for and of course the speed with which they vote as many times the people urgently need them. We are one of the last countries in the EU to translate European legislation. We can become pioneers because of our size.

Did the members of the House of Representatives view the development of such a tool with a positive eye?

In the summer of 2020, a proposal was made for the creation of such a platform by the Parallel Parliament in its plenary session before the then Speaker of Parliament Mr. Syllouris and other MPs. The deputies saw it very positively and a meeting was arranged with the communication manager of the Parliament who told us that such a platform cannot be created on the website of the Parliament and if we want to do it on a private initiative and supply us with the relevant material.

The proposals and the bills from 2020 onwards are posted on the website of the Parliament, but there is no search engine, there are no other elements and in general the search is not user friendly. Although we have not yet given much publicity (apart from social media), several MPs, parliamentary associates and candidates, congratulated us and showed enough interest to help further develop the platform.

In view of the parliamentary elections next May, do you think that it will be a tool that will add to the public debate that is evolving in the election campaign?

It may not play a significant role in these elections, but certainly in the future, if it goes well, it can become a very useful tool for voters, who will be able to see the performance of MPs and parties in the outgoing Parliament. However, there is an ongoing collaboration with Terra Cypria for the upcoming elections to extract statistics on environmental bills.

What are the next steps you plan for this tool?

We want to initially employ a person or persons who will work on a permanent basis on the platform, to monitor developments in Parliament and to update it. We also want to meet with all parties to explain to them the usefulness of the platform, hoping that they will support it. We also want to meet with the various ministries to suggest that they undertake some formal consultations that are necessary in the process of passing some bills. Finally, we are thinking of offering legislative tracking services to organizations that want it. Anyone interested in the project and wants to contribute in any way can contact us at [email protected] 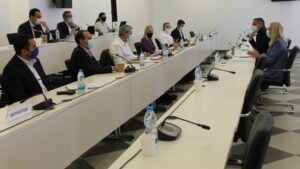 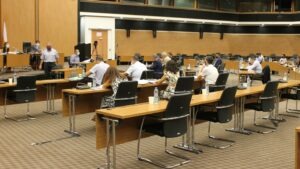